back to blog
Discovery in brief!

Is it possible to build a time machine? We don’t know. So let’s build a PoC!

Proof of Concept it’s probably the best approach to verify an initial idea and its viability for practical implementation.

The purpose of PoC is to:

A proof of concept (PoC) is a general term for providing logical proof that it's actually possible to develop. It is time to dig deeper into the topic and understand how to reduce risks using proof of concept.

What is a Proof of Concept (PoC)?

Ok, let's start with PoC meaning. Proof of concept is a demonstration of the practical feasibility of an idea to prove that the method, idea, or technology works.

Only critical functions are being tested, and the result may not be used in further development. Since the PoC's goal is to make sure that the concept works in a short time, minor aspects can be omitted. In such cases, after getting the green light at the PoC stage, the team can start writing the project from scratch.

Proof of concept is an optional stage of the project, and in most cases, it is not required. But new opportunities are associated with:

This means that before starting a project, you need to make sure that the solution works. And the costs and risks are proportionate to the business result.

PoC in the app development process is a confirmation that some technical problems can be solved and in what way. For example, how the product can be integrated into an existing enterprise system from the technical side. The goal is to understand whether your idea of app development can be implemented. And what technologies can help you do this most effectively.

A great example of PoC developed by the Fulcrum Rocks team is our neural network that detects people wearing masks. Our goal was to check if it’s possible to identify people wearing masks on the streets, using just webcams. It’s not a commercial project, but it got us curious – whether or not the whole thing was viable.

As a result after just two weeks, we get a definite YES-answer. That’s how long it took us to create a neural network. This software could potentially be handy, if you decide to implement it at the factories & make sure that employees are wearing masks. As for the streets, it’s still too sci-fi and laborious to execute.

We prepared a cool white paper showing you how to build a neural network with image recognition: 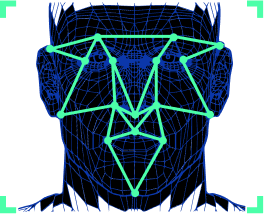 Essential benefits of proof of concept in software development:

One of the most common mistakes that startup founders make is to spend their time and money on something that no one will ever buy.

To understand how proof of concept works, let’s go through the approximate stages of developing a PoC for an IT project.

The business analyst's task is to determine the PoC's purpose. Also, BA should  select the most complex and innovative features of the future product. Additional marketing research, investment search, and other activities can be carried out. The main goal is to get the "picture" of the product life cycle as close to reality as possible. At this stage, possible restrictions are also fixed.

Based on the information received, a list of user cases is created to check within the PoC. These scenarios help better understand the preferences of your target audience.

For example, our Kör case is an educational platform for drivers in Norway. For this project, we held a workshop to formulate:

The result of proof of concept is not a finished product. The solution's prototype with the conclusion "pass/fail" matters, so speed and a small investment are essential for this phase. It is possible to use solutions that have already been tested – this allows us to speed up the workflow. This is how Kör’s roadmap looks like:

QA-engineer and project manager control the workflow and connect the team and the customer. Often, during the review process, it becomes clear whether the idea meets the business's expectations.

Experts give a conclusion indicating the identified limitations and recommendations for further development. If there is no technical possibility to implement the idea, alternative ways to develop the project are suggested. If the expectations are met, this gives the green light for the start of the project.

It is also essential to make the PoC include the following:

PoC Deliverables at Fulcrum Rocks: implemented simple part of a product or suggested another option.

If you do not want a bad idea to ruin your startup, do not rush. Make sure your proof of concept has those necessary steps the team can follow.

Proof of Concept vs. Prototype

Quite often, the terms PoC and prototype are used interchangeably. Let's try to understand in which cases it is most appropriate to use each of the above definitions to avoid misunderstandings.

PoC is a project created to test critical hypotheses before starting full development. A proof of concept is created to check whether a function can be implemented or if there is no certainty that the idea will work.

A prototype is designed to determine feasibility but does not represent the final deliverable. As a part of the discovery stage of software development, the prototype helps the team to check the product design, usability, and functionality. Learn more about the discovery stage at Fulcrum.

As a result, we would like to note that although PoC and prototype have a lot in common, they still have different goals.

Proof of Concept vs. MVP

As mentioned earlier, the proof of concept demonstrates that the business model or idea is feasible. MVP is the first version of a proposed action or product.

PoC refers to a specific scenario and confirms that the client needs to be confident to decide on a technical or secure solution.

Proof of Concept vs. MVP table

Sometimes in software development, we face the problem of false expectations. It occurred when the original idea was poorly thought out and worked out. There are many cost-effective ways to prove that your brilliant idea can turn into a successful product.

PoC is an effective tool that allows you to identify the difficulties associated with the design and technical execution and find ways to solve them. After, you can make sure that the idea is worth investing time and resources in.

If you have a project idea that needs to be tested for feasibility — just contact us! Together, we'll turn your hypothesis into a profitable project!

POC term means Proof Of Concept. It demonstrates the practical feasibility of a method, idea, or technology to prove they will work.

How to write a proof of concept?

When writing a proof of concept, make sure the following steps are included:

When your proof of concept is ready, you need to:

Today we will give you a comprehensive guide on how to create a customer journey map with the help of in-depth interviews.

How to Fill In Lean Canvas Template: The ULTIMATE Guide

Your startup idea could get into Fortune 500 or out-hype Lyft. Do it right.

We here at Fulcrum know more than 30 methods of prioritization out of thousands available. And in this post, we will tell you about our three favorites.

Today we will give you a comprehensive guide on how to create a customer journey map with the help of in-depth interviews.

How to Fill In Lean Canvas Template: The ULTIMATE Guide

Your startup idea could get into Fortune 500 or out-hype Lyft. Do it right.

We here at Fulcrum know more than 30 methods of prioritization out of thousands available. And in this post, we will tell you about our three favorites.

How Might We Method: How to Make a Cool Product?