What is PostgreSQL database? Data integrity is super important. In everything. Full stop.

In the modern technological society, data integrity and security become a top priority. Especially, if we talk about big projects, which require keeping hundreds or thousands of information blocks in one safe place.

So, choosing a proper database for your next project is not some marginal thing. It requires knowing all the options, their pros and cons, and understand which of them are the most suitable for you.

For several past decades, a leader among database options has been PostgreSQL. It is an advanced open-source object-relational system which applies SQL language. Postgres allows you to store large and sophisticated data safely. It helps developers to build the most complex applications, run administrative tasks and create integral environments.

Since 1986, when PostgreSQL was created, it has had both a lot of supporters and critics. To keep its ‘the most advanced database’ title, Postgres regularly updates itself with new features. The number of Postgres competitors is growing, too. Every year, new database options become available for the users and compete with PostgreSQL to be the best one. Are they?

In this article, we will summarize everything we know about PostgreSQL. We’ll analyze its prominent features. We’ll compare Postgres with other SQL and NoSQL databases to see why choose PostgreSQL over other options. Finally, we’ll bust some general myths about this database.

So, let’s start from the very essence of Postgres system — its language, SQL. What is SQL and why do we choose it over NoSQL? Why should we use PostgreSQL? Here’re some general insights MySQL vs PostgreSQL vs MongoDB. 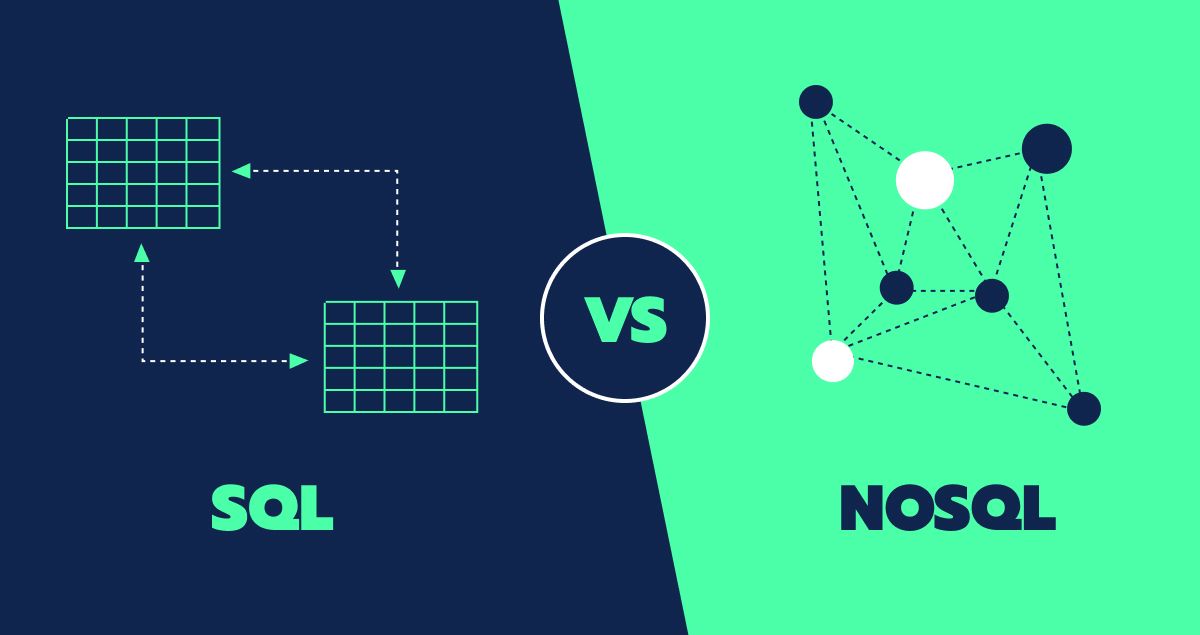 What’s is SQL? It’s a declarative programming language to create and operate data in a relational database. At the same time, NoSQL rather defines a set of approaches to storing data differently from the way SQL does it.

Being created in the 1960s, NoSQL databases have managed to gain real popularity only in recent time. Raise of such NoSQL databases as MongoDB, CоuchDB, Redis and Apachе Cassandrа has contributed to it. So, what is so different about SQL and NoSQL databases? Why we use PostgreSQL?

NoSQL systems usually keep data in JSON-like fields. What’s more, any alike files in NoSQL systems can be compiled into collections. These systems accept any type of document.

SQL systems usually store information in data tables. The tables are interconnected and have a fixed data template. Such strictness seems less attractive, yet it minimizes the possibility of any mistakes.

In SQL, schema comprises field types and tables of your database. It means that to start running your project in SQL, you need to design your database prior to any business logic. After you’ve created your schema, it would be quite hard to implement any changes.

For NoSQL, there are no such restrictions. Users can insert changes into their database at any time. Schemaless NoSQL database doesn’t require to set any rigid design of your database in advance.

It is another useful feature of SQL. It enables you to retrieve all necessary data from the chosen tables using SQL mechanisms. In NoSQL, there is no such option. Instead, you can extract the required information manually.

Security-related issues and functioning problems can turn into a headache for NoSQL users. Yet, these issues are usually caused not by some system gaps, but rather by the lack of knowledge. Being less experienced in working with young NoSQL systems, developers quite often don’t follow some simple security requirements or make some procedure mistakes.

For SQL databases, scalability can be quite problematic. If you decide to allocate related data, you might consider clustering multiple servers around one central store.

For NoSQL users, it’s much simpler to perform. NoSQL systems offer scaling functionality which you can run from the very first day of your work in the system.

This mechanism doesn’t work for NoSQL databases, where every update is accepted or declined individually. It can lead to pitty consequences: your data can be irrelevant in the end.

Most of SQL databases ensure data integrity by blocking any invalid data or orphan records. For NoSQL databases, it doesn’t work this way ― you can store whatever data you want without any restraints. Absence of restraints may only seem to be a good solution since it can lead to errors in your work with the database.

So, we have analyzed some main differences between SQL and NoSQL. Yet, don’t rush to make some rough assumptions. These are not something you can compare completely. Although some advocates of these databases believe they can.

Remember that these are just two different approaches to one thing: data storage. No one of them prevails over another. No one supersedes. They are not total competitors, but rather alternatives. It means that your database choice shouldn’t be solemnly based on their comparison but rather on the project you do.

Thus, some projects and companies require SQL databases, whereas NoSQL can be more convenient for others. There is even an option to use them interchangeably. What’s even better, these two approaches started to integrate features of one another. Thus, now there are SQL databases that adopted NoSQL characteristics making the first ones even more suitable for you.

So, which one to use?

Let’s summarize our points. Again, everything depends on your project. For apps with simple data structure, NoSQL databases are OK. If you’re working with regular apps or middle-size projects, then consider using SQL. Finally, if you’re running super high load projects, you can either use NoSQL or start working with SQL and then migrate to NoSQL.

For any projects at initialization stage, SQL would be a smart solution, as it can do anything that a NoSQL do. The latter one is more flexible and responds well to the important business needs. For example, agility, perfomance and scale. But mind that NoSQL is sometimes “too flexible” and requires to white more code to control the way data gets in and analyze it. If you understand the ‘problem spaces’ well, you don’t need that much of flexibility. 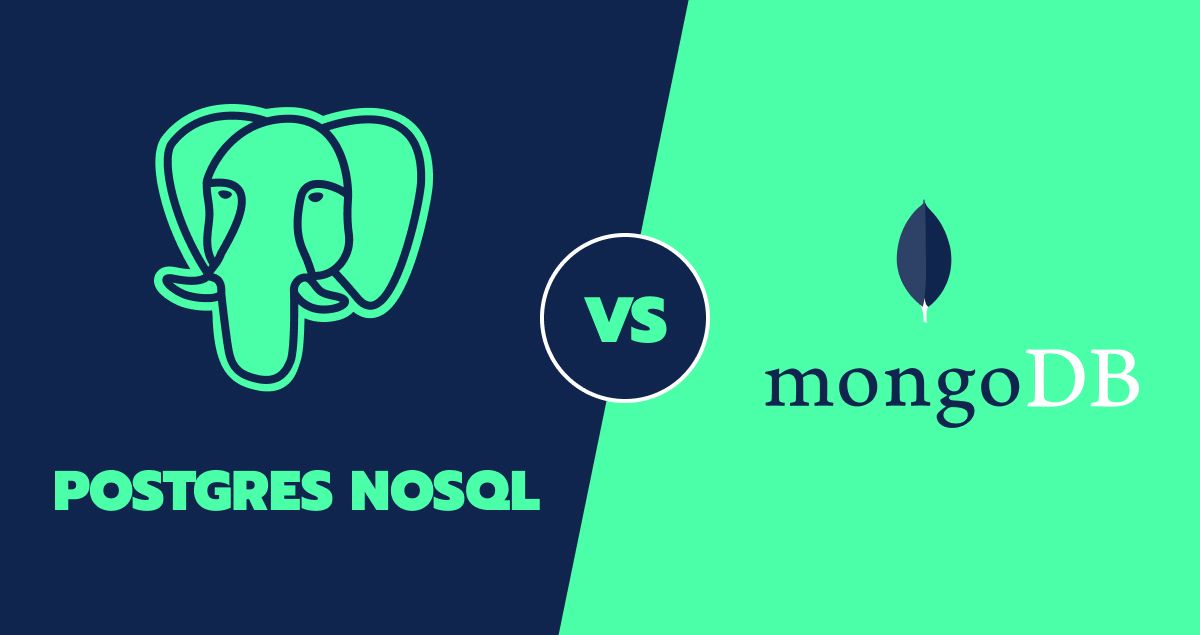 What is MongoDB? It’s a document-based distributed database well suited for apps and clouds. MongoDB supports JSON documents and offers flexible and dynamic schemas. What’s more, it has strong query language. With it, you can filter & sort your data, as well as perform numerous types of searches.

Let’s move to Postgre NoSQL. Within its version 9.4, Postgres added some optimizations and updates, but most importantly, it offered HStore and JSONB, a binary version of JSON storage.

Postgres has implemented some NoSQL features, but not all of them. For instance, it lacks horizontal scaling. Yet, this implementations still put Postgres in an advantage, since it can combine both ― SQL and NoSQL practices. Thus, you can join NoSQL data with SQL tables. And it will work correctly.

So, what differs these two databases?

PostgreSQL can easily manage the most compelling requests of the biggest companies and institutions. Its efficiency is proven over the years. Besides, Postgres never stops to optimize its performance releasing new and new versions. Some of which, by the way, included improvements of unstructured types of data as well. The loudest example is the introduction of JSONB feature.

Constantly improving through versions, PostgreSQL offers new tools and features to ensure data validity. The database provides validation of data for any JSON field, so entering any incorrect data would eventually lead to error.

In spite of MongoDB, Postgres operates with a variety of procedure languages such as Python, JavaScript, C, C++, Tcl, Perl and lots of others.

Integration with other sources

Postgres NoSQL also enables interaction with other sources of data, while MongoDB does not. So, Postgres can extract data from Oracle, MySQL, MongoDB (yep), CouchDB, Redis, Neo4j, Twitter, LDAP, File, Hadoop and others.

If you decide to start keeping your data in PostgreSQL, you can easily find tons of educational resources. They are available on the PostgreSQL official website and just on other Internet websites. Yet, learning how to operate in MongoDB can be a little more problematic, since its guides and instructions are not so easily found.

Ok, we’ve done with the comparison of these two. What can we conclude? In general, Postgres NoSQL has a number of advantages over other NoSQL databases such as MongoDB. The reason for this dominance is the adoption of some NoSQL features. Why to choose only one of them, SQL or NoSQL, if you can use Postgres which offers you features of both? Why PostgreSQL is used more often than its competitors? 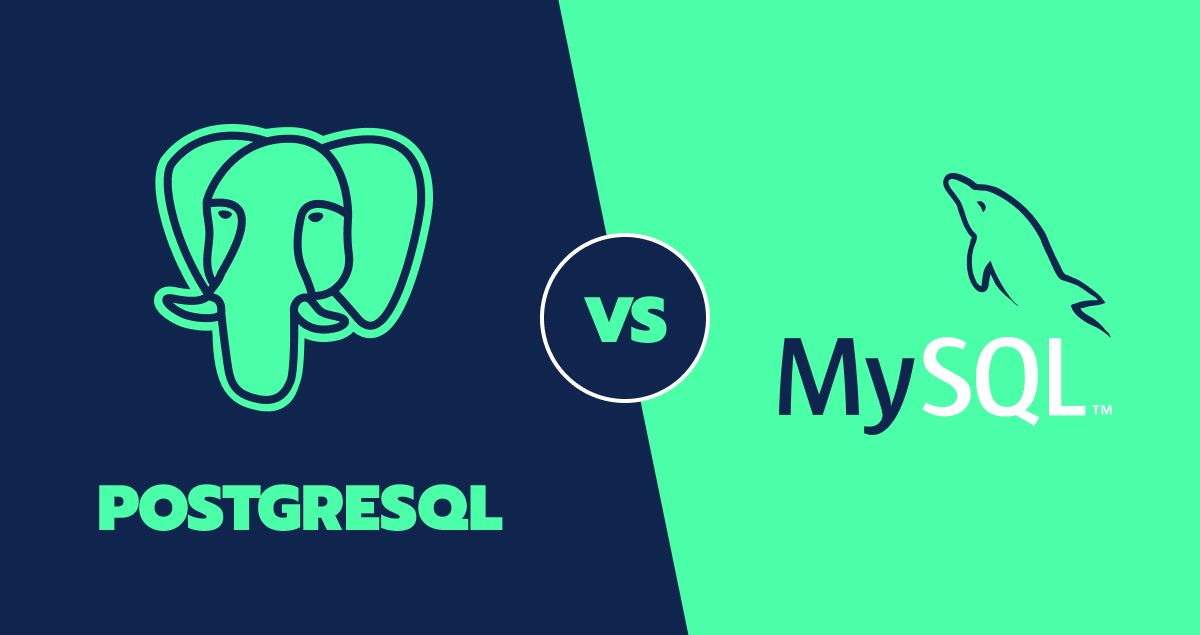 Is PostgreSQL better than MySQL? Let’s look what is so cool about PostgreSQL that allows this system to overrun its competitors. In this section, we’ll compare the key technical differences between two SQLs — Postgres and MySQL. We’ll try to answer our main question ’why should I use PostgreSQL?’

Yes, we’re talking about performance again. What else can we do if Postgres performance is much higher comparing to any either NoSQL or SQL systems? In general, both MySQL and Postgres demonstrate fast functioning even while working with heavy workloads. Yet, it hasn’t always been like this. In the past, MySQL had a reputation of a fast database at the expense of its concurrency. Postgres, in contrast, has usually demonstrated a balanced results along with handling concurrency. With the latest versions of both databases, all the differences have been erased.

The winner here is PostgreSQL. This database handles concurrency much better than its competitor MySQL (see above). It is so thanks to Multiversion Concurrency Control which Postgres implements.

MySQL offers one-way asynchronous replication where one database is considered as a dominant one while others are minor. For PostgreSQL, synchronous or 2-safe replication is typical. This type of replication presupposes that main database is synchronized with a minor ones. Such replication ensures more security, since your data can be lost only in case if both databases break at the same moment.

Administration is much simpler in MySQL. Yet, it is rather imaginary advantage ― such simplicity is a result of a poorer functionality. So, it means that complex requests can be hardly handled in MySQL. On the contrast, PostgreSQL can cope with them easily. To set it correctly, you would need to spend some time. However, eventually, all your efforts will be paid off.

Postgres supports triggers that can react to most types of command, except for those that affect the database globally e.g., roles and tablespaces. MySQL, in its turn, is limited to only some commands.

Why we Use PostgreSQL

Enough comparisons. Let’s summarize what turns PostgreSQL into a perfect database for your next project. Here is a super short but informative summary:

How to Install PostgreSQL

As noted, PostgreSQL works on many platforms.

To install PostgreSQL on Linux:

To install PostgreSQL on Windows:

To install PostgreSQL on macOS:

In this case, installation using the Homebrew program is popular. If you don’t already have Homebrew installed, go to https://brew.sh/ and follow the instructions there.

After that, run at the command line of Homebrew:
brew install postgresql

After the run is finished, run:
brew services start postgresql

So, it will be working in the background. 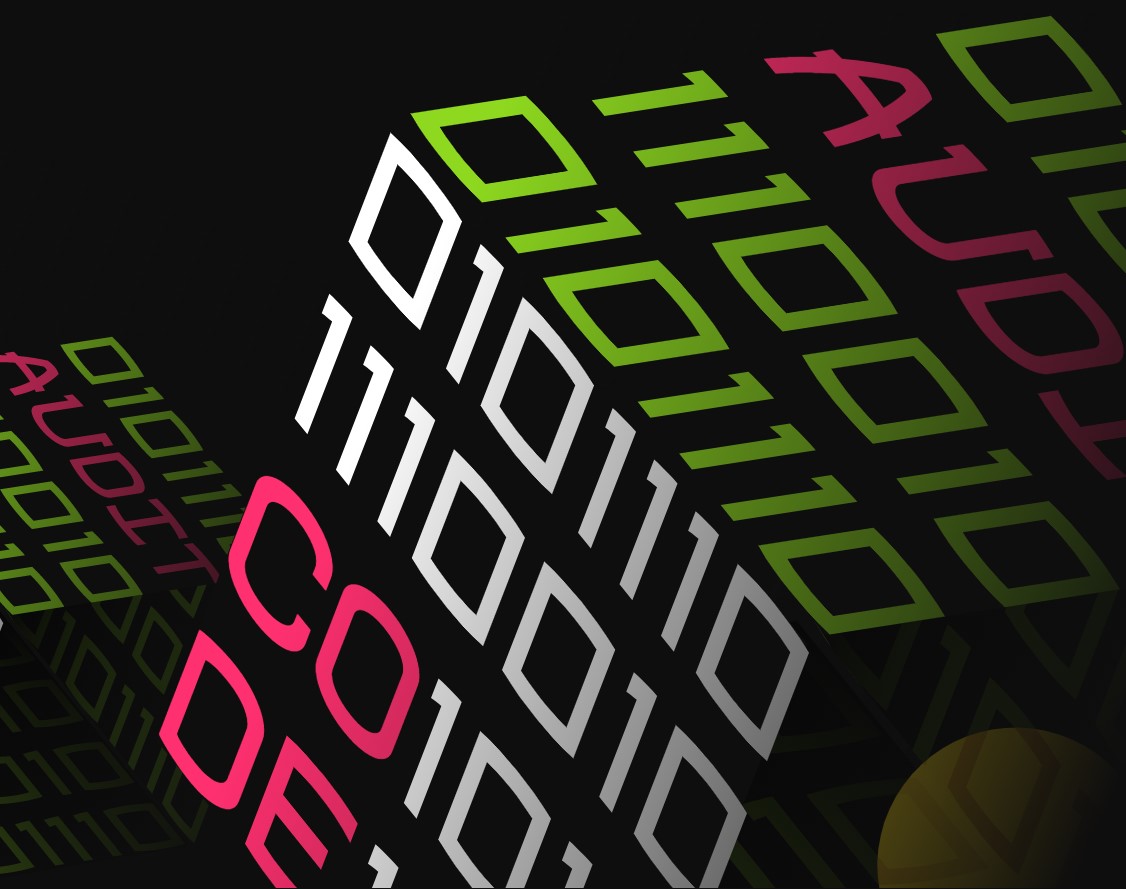 Wrapping Up: why PostgreSQL

Choosing a database is important. No. It’s essential for your success. Yet, it can be difficult, since every database has its pros and cons. So does PostgreSQL. Its schema-based structure is not working well for projects with changing structure. Let’s also not forget about its poor scalability potential.

Then, why PostgreSQL? The answer is that PostgreSQL offers a lot of nice perks, too. One is its reliability. Not less important is the integrity of the data in the database. With PostgreSQL, you shouldn’t worry about it. Last but not least is the performance. It’s probably the most defining factor. PostgreSQL rocks here, too. So, did we answer your main question ‘why should I use PostgreSQL? 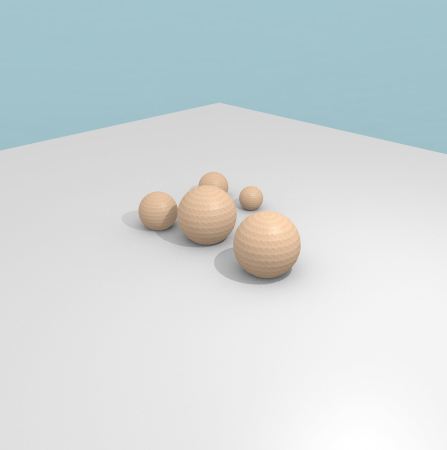 Apr 17, 2022 The Complete Guide to IT Outsourcing and Every Phase of the Cooperation with Your IT Partner 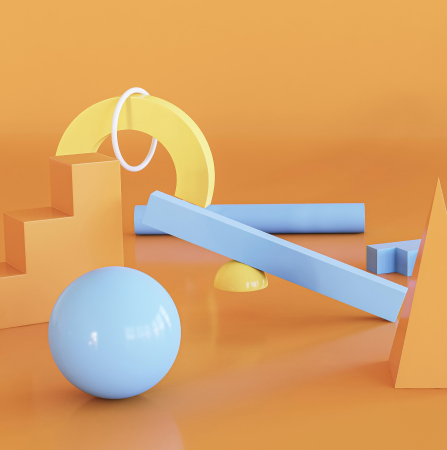 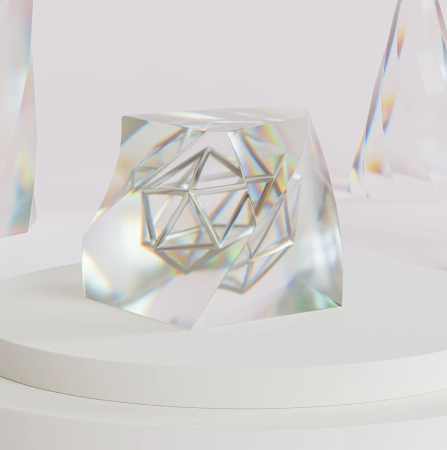